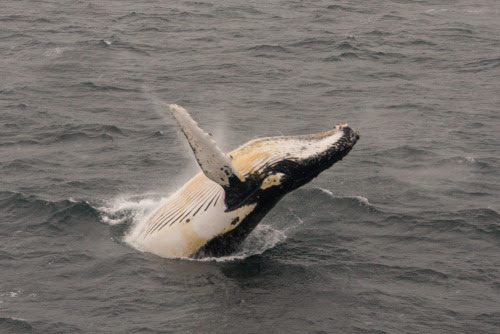 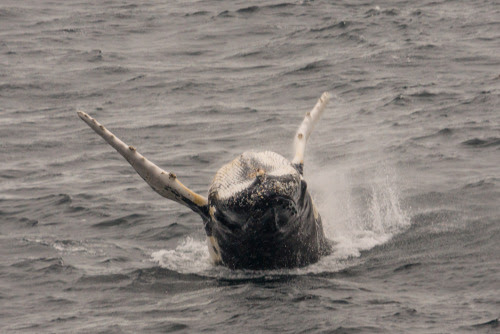 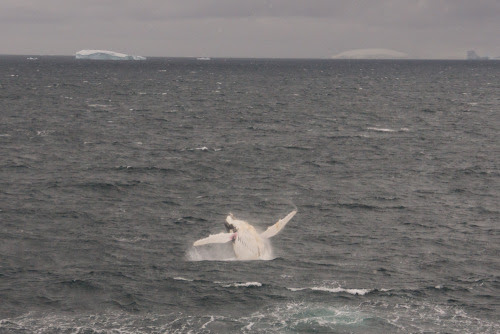 I can’t believe I didn’t post this ages ago. My last trip of the Antarctic season as EL, back in late February, we set out for a morning of whale watching. It’s always a risk deciding to ‘go whale-watching’ as you never know if they will turn up. This time it paid off because this Humpback appeared just 30 minutes after weighing anchor. It breached countless times, sometimes coming quite close to us. At first the breaches were less than a minute apart, but as he or she tired out they got further and further apart and it ran out of energy and spent most of its time logging.

Why do whales breach? We’re not sure, and it’s possible that the question ’why?’ when applied to animals may be meaningless anyway. What does it achieve? Again we are not sure – perhaps communication, stunning prey, showing off, shedding parasites, driving away competitors and/or predators or just having fun. I like to think it’s the latter; it certainly looks joyful.

Later we were treated to surface-feeding groups of Humpbacks. Between these whales and two pods of Orca, one with a breaching baby, it was a pretty successful day of whale watching.

lauren: An Iceland adventure with Alex, in wide-view.

An Iceland adventure with Alex, in wide-view.

IcelandMy fourth visit to Iceland, but by far the best. Armed... 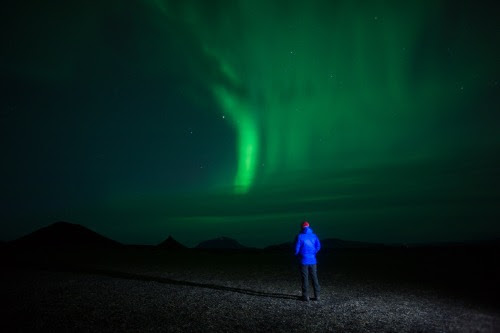 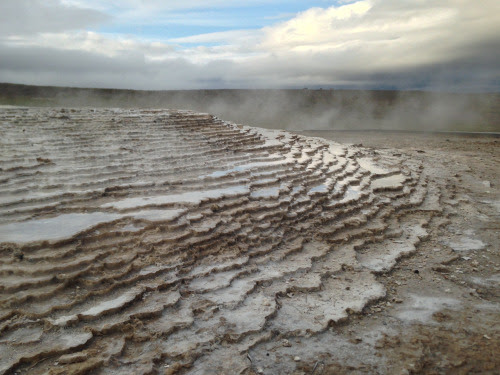 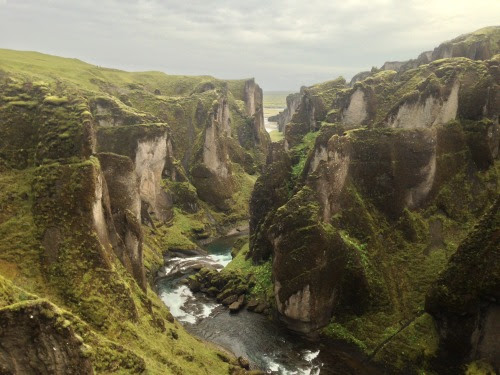 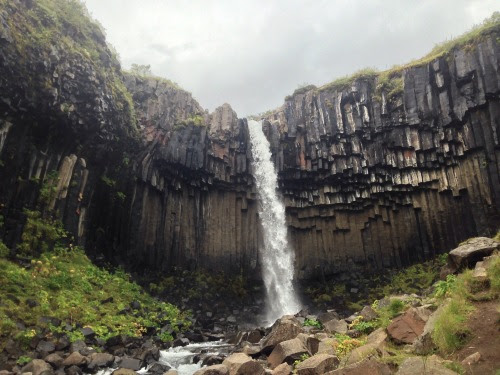 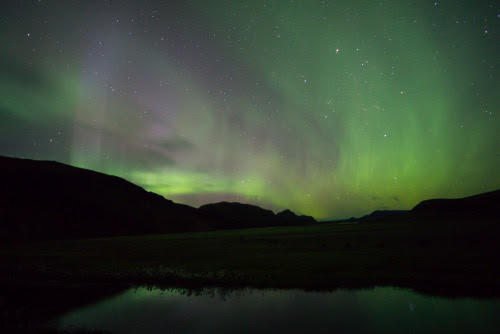 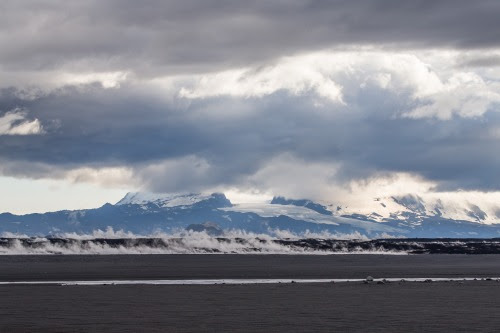 My fourth visit to Iceland, but by far the best. Armed with 12 days and a 4WD camper van we felt totally free to explore. After wending our way through the beautiful Westfjords via a spectacularly narrow and crumbling road, we drove through deserts and lava fields, bathed in hot springs and hot rivers, hiked over sand dunes and year-old lava and cooked amazing meals in the van as we careered across the island.

My favourite part was the Highlands; they are a glaciated sandy desert criss crossed by rough tracks weaving through canyons lined by slabs of lava and dipping in and out of rivers. We went into the Highlands three times and saw the northern lights every time. We also got stuck in a river.

While we came to Iceland with high hopes it exceeded our expectations. It was the most adventurous road trip I’ve done, with several roads we weren’t sure we could get down, and plenty of time spent under the bonnet. Thank you to Lauren for being there to share the experience and for being an amazing travel companion.

Making the most of having a 4WD we tried out a route that was...

Waves crash on a black sand beach on the south coast of Iceland.

lauren: 3 years ago, I placed seeing the northern lights at... 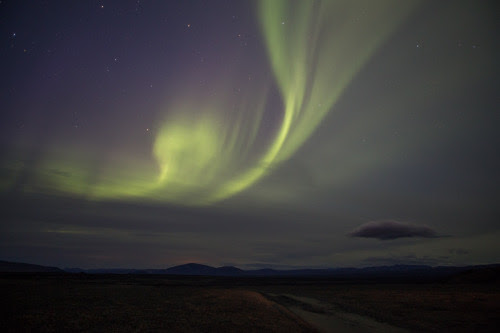 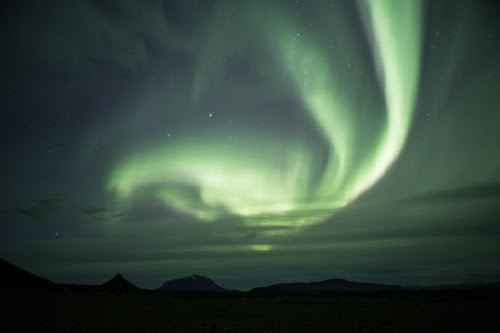 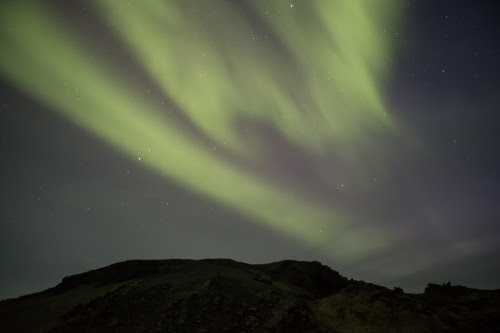 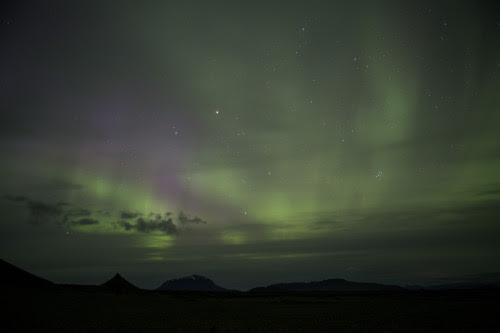 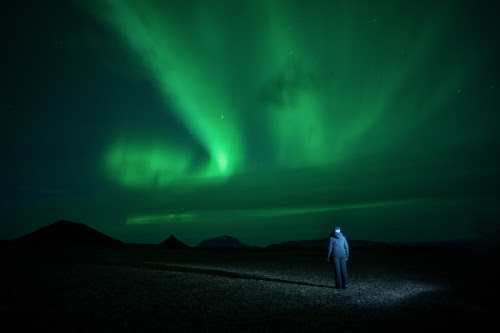 3 years ago, I placed seeing the northern lights at the “top of my list.” I wasn’t quite sure how to accomplish it, as the months I spend in Antarctica and the Arctic are in the polar summer, when it’s daylight 24 hours a day.

But this 12 day road trip in Iceland was my chance, and I’ve been cautiously optimistic every night. Until day 7, we’d been bogged down with rain, fog and cloudy nights, but last night, last night was just perfect.

We were in Askja in the highlands, a desolate expanse of lava fields, small mountains and endless horizons. What an incredible experience. I have huge respect for aurora photographers and their patience.

Here are a few photos I took. I hope I get another chance to see more, but if not, this was an incredible first experience.

I was lucky enough to see beautiful northern lights with Lauren last night. The Icelandic Highlands are stunning; we drove through lava fields and a desert, forded rivers, hiked through sand dunes, clambered across year-old lava and bathed in hot rivers. It was incredible.

Kvitøya This last Arctic trip in Svalbard I was lucky and... 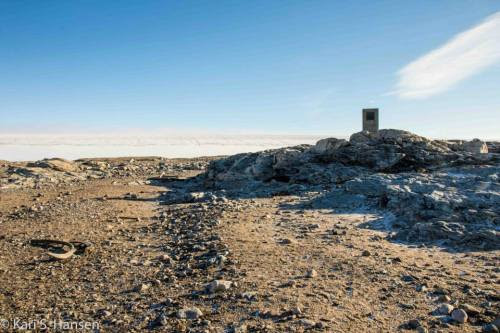 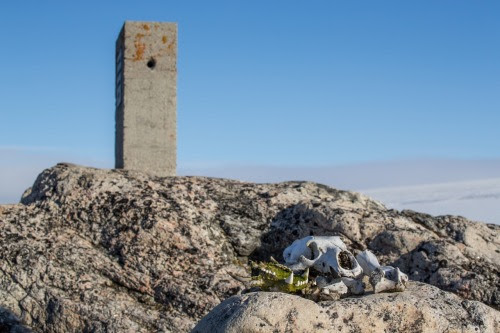 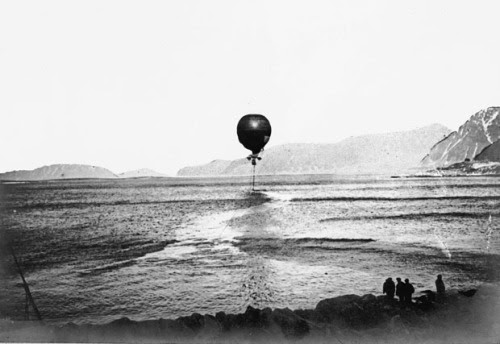 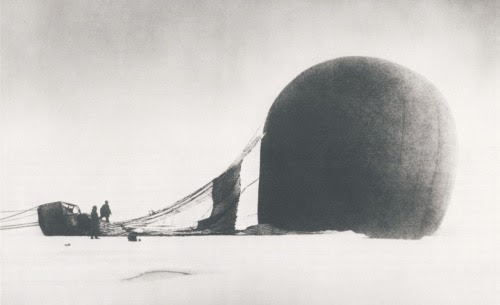 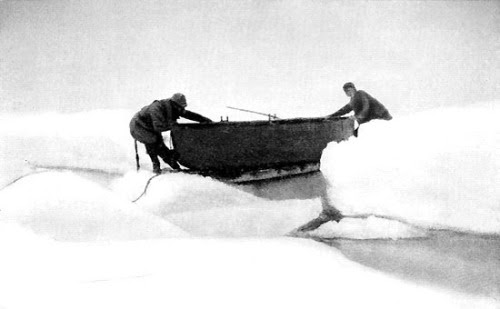 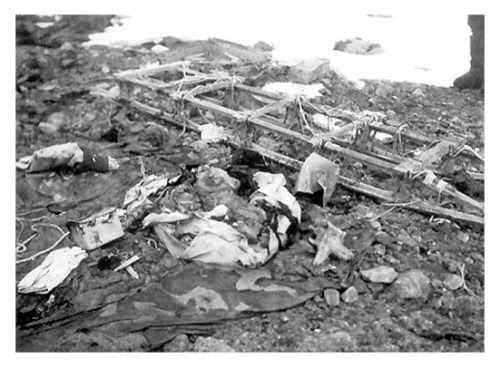 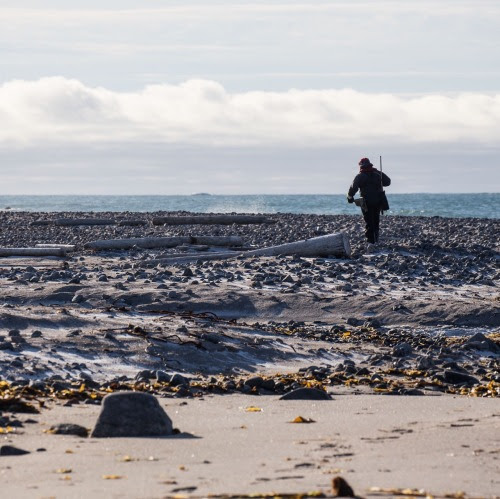 This last Arctic trip in Svalbard I was lucky and privileged enough to land on the hallowed ground of what is considered by many to be THE most remote and inhospitable island in Svalbard; Kvitøya. If you want to know how hallowed this island is, I saw many people fall to their knees and kiss the ground.

Some years the ice never releases its grip on the island, and even when it does there are always several bears on the tiny scrap of beach that lies on the edge of the ice cap which makes up the vast majority of the island. Visiting at all is a rare and exciting event, but a landing is exceptionally rare.

In addition to the rarity of landings, the island has a harrowing history with mysterious gaps that don’t bear thinking about.

In 1897 Andrée’s Arctic Balloon Expedition set off from Danskøya to the North Pole. In doing so, Strindberg, Frænkel and Andrèe vanished from history and nothing more was heard for 33 years.

Doomed from the start by a badly leaking balloon and the loss of their steering apparatus on takeoff, they crashed on the ice after just two days. Ill prepared for travel on the ice, they spent months aiming for first Franz Josef Land and then Sjuøyane in Svalbard. Defeated by the drift, they settled for the winter on the ice, but their floe very soon broke up on the rocks surrounding the ice covered Kvitøya. Coming ashore, their diaries record only a few days of survival before entries cease.

In 1930 a chance landing on the rarely visited island soon uncovered mysterious remains of sleds and bodies. The identity of the party was an international sensation. The photos, deep frozen, were thawed and developed, giving a glimpse into the nightmare into which they descended.

But the discovery raised as many questions as it answered. Strindberg was buried in a shallow grave, Frænkel lay in the remains of the tent and Andrée was sat on a a ledge above the tent, his rifle at his side. How did they die? How did they survive for months on the ice but succumb after just a few days on the island? Why do their diaries, previously so detailed, tell us so little?

Was Strindberg killed by a bear? Did Frænkel, weakened by trichinosis or lead poisoning, succumb to exhaustion and exposure? Did Andrèe, faced with a winter alone with two dead men, doomed to months of watching for bears alone in the dark, knowing he could never get back to civilisation without the help of his companions, take an overdose of morphine and fall asleep forever on that ledge, sitting there on solitary bear watch for 33 years?

Even on a sunny, calm day like the one we experienced for a few hours this summer, Kvitøya is a cold, barren and inhospitable place. There is no shelter from the swell, fog rolls down off the ice cap and numerous bears stalk the immense Walrus haul out.

Think of a lonely man, his expedition a failure and his companions dead, sitting on a rocky ledge on a barren beach, overlooking the grave he helped to build and contemplating the utter hopelessness of his situation. Death is a certainty…should it be violent, at the jaws of a bear, or prolonged, gripped by hunger and cold? Or should it be quick and painless? I don’t think anyone today could begrudge that choice.